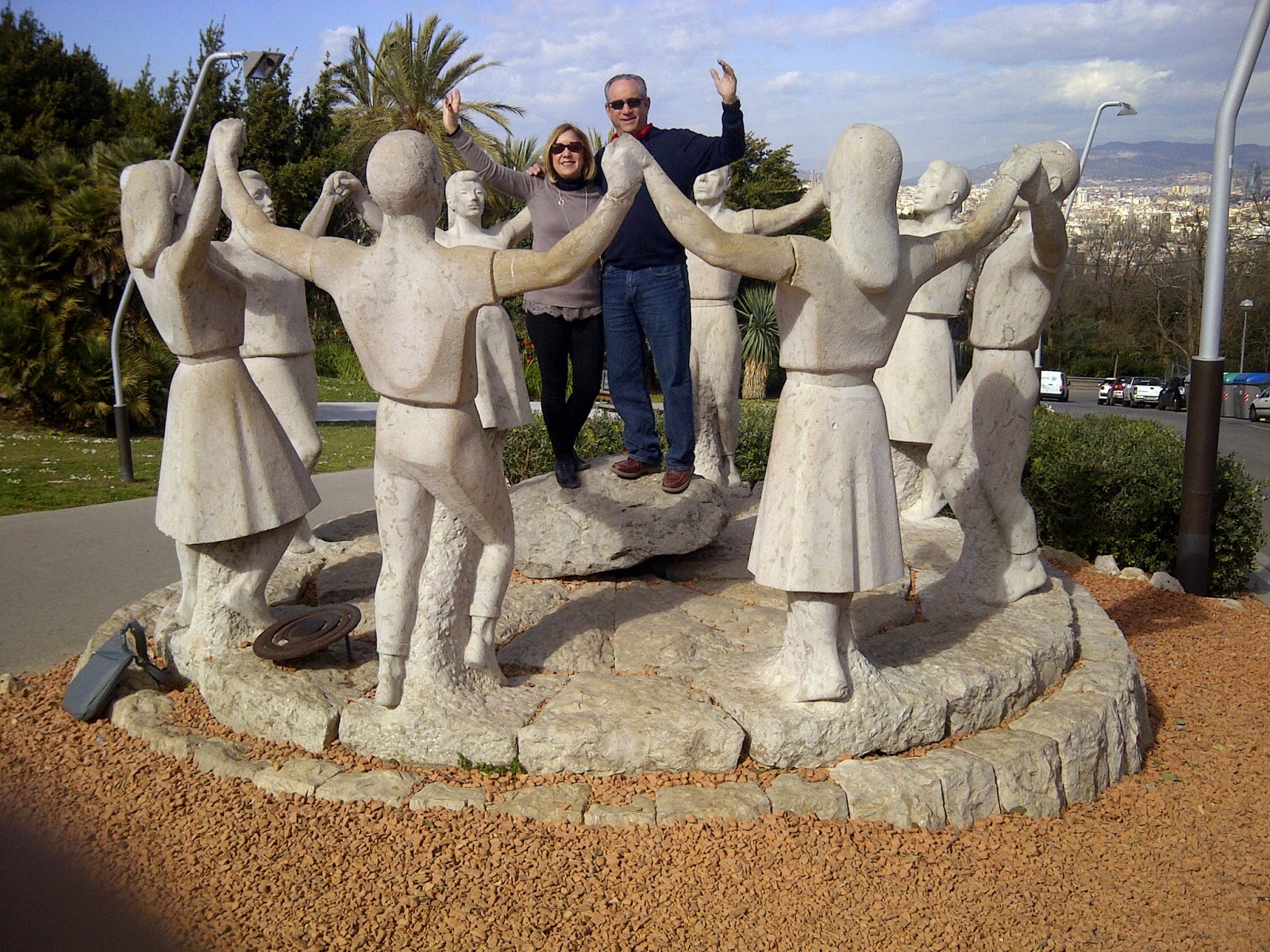 This morning Mario and Jan took off on their own down to Sitges, just down the coast for some free time and shopping. Upon their return to the train station, we headed out once more to explore some of the parts of Barcelona that often get overlooked. First up we went to the site of old Barcelona amusement park, and the panoramic vantagepoint built in 1968 that is the Mirador del Alcalde (Mayor's Lookout). Our attempts to take  a cable car ride up the mountain were foiled by an unexpected extra day of repairs, but we were not to be let down, and continued our drive along the mountain to the Joan Miro Museum. The choices had come down to the Joan Miro Museum and an exhibition at the Caixaforum, and in the end the Barcelona born artist's museum won out. Walking through the Miro is not something to be done overly quickly, and the sheer volume and impressive works on display make it a must see for modern art lovers. 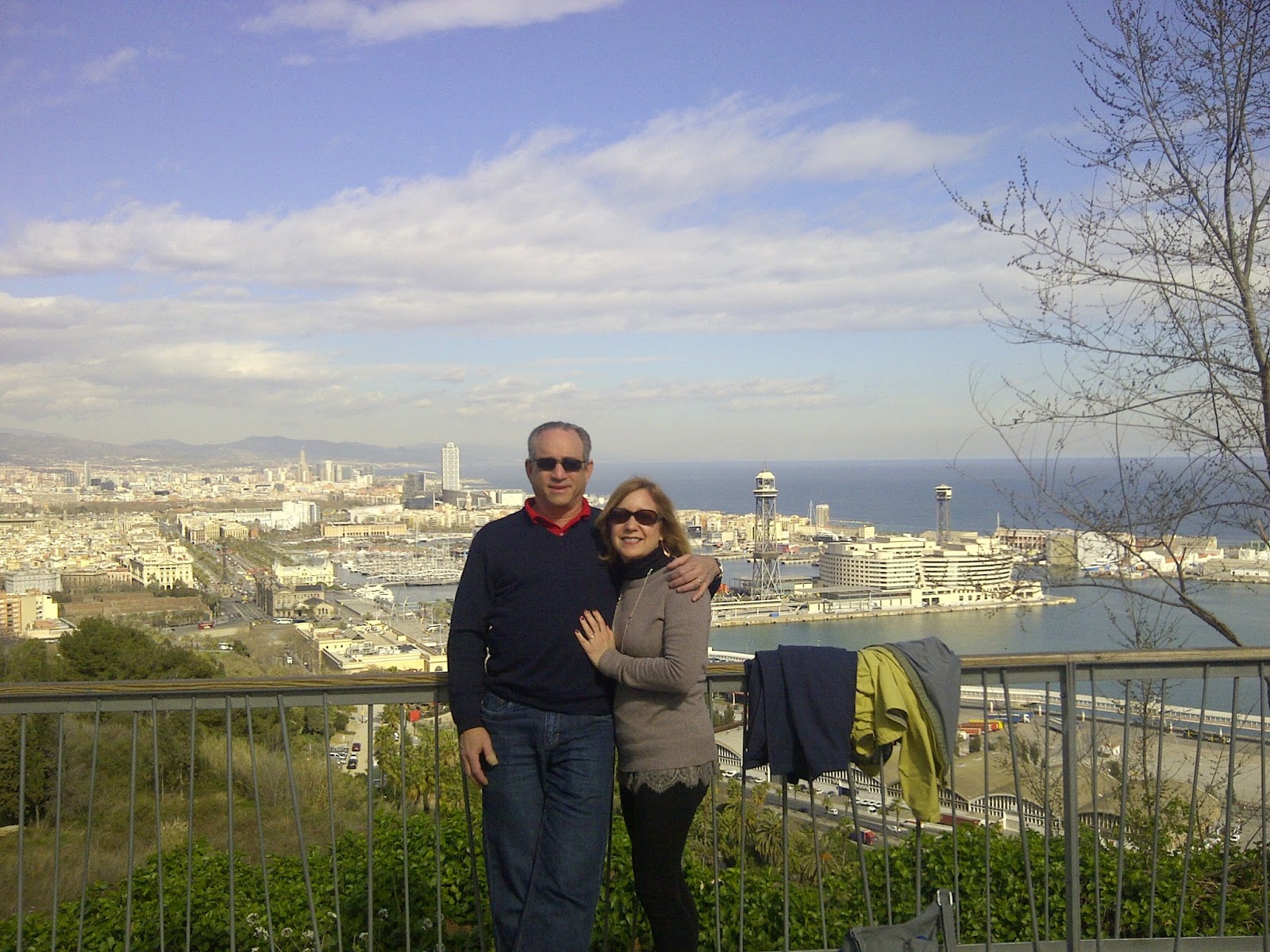 Our next stop was the Barceloneta beach. I know what you are thinking, "Barceloneta is not exactly a non-tourist site". Yes, it is a popular beach area, but we were exploring the roots of the town, from the 17th century first houses to what remains of the 19th century factory that brought new life to the area to the scultpures along hte beach paying homage to the neighbourhood's bohemian past.

At the end of the day we stopped off for one last drink on the rooftop terrace of the Majestic, which is one of the truly wonderful sites for a sunset drink and one last goodbye before they headed off to the islands.

For more information on private tours around Barcelona and Spain, contact The Spanish Touch at 888 480 0013. 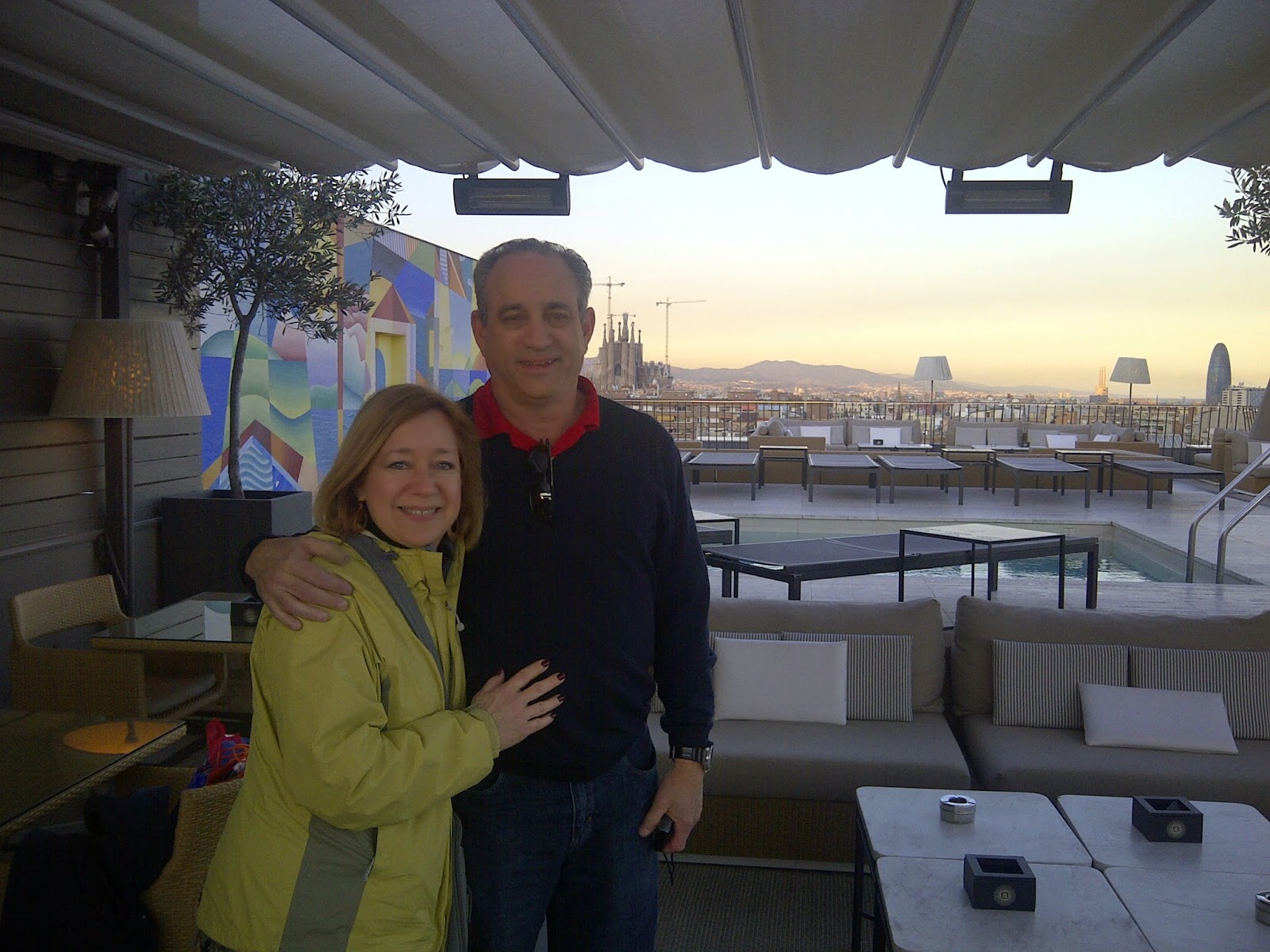 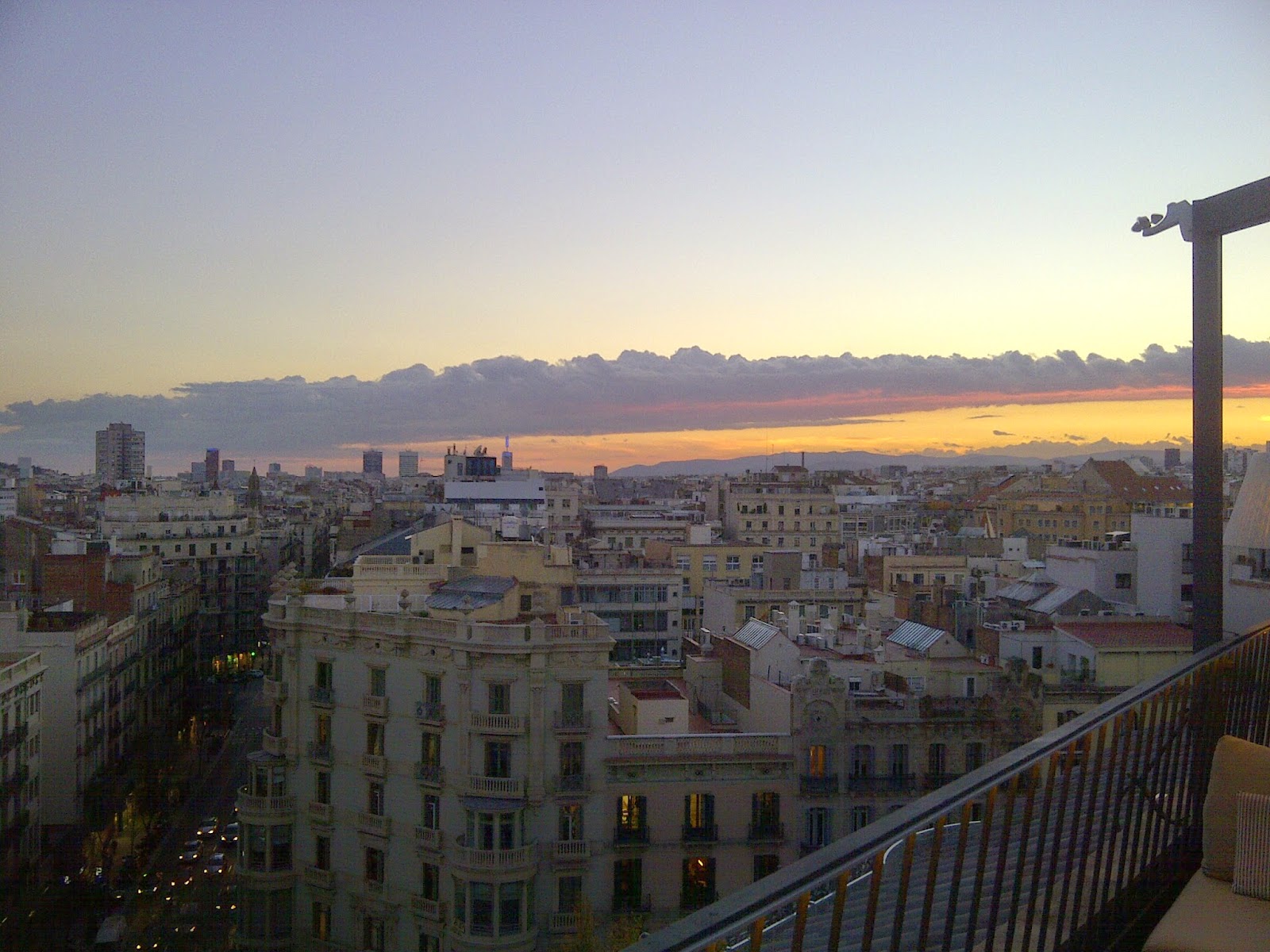