The best festival in Granada 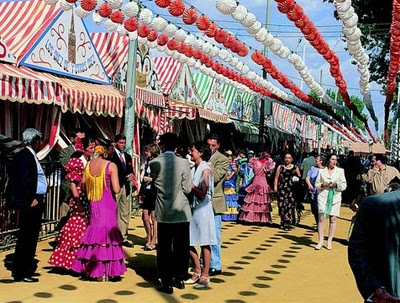 Granada is one of Spain's most beautiful cities, with the magnificent Alhambra, the zigzag labyrinth that is the old Albazyn and countless other treasures, all set against the backdrop of the Sierra Nevada mountains, and its easy to see why the city asserts such a powerful attraction to visitors. It is a city of tradition, from tapas to flamenco, Granada revels in its cultural heritage. And this week the revelling is going up a level. Because this week is Corpus Cristi in Granada, a week long celebration that marks the city's Fiesta Mayor. A fiesta mayor is the city's biggest festival, and the entire city comes out in its finest celebratory fashion.

The Corpus Festival in Granada is over 500 years old, making it one of the oldest in Spain. There are workshops, decorated house competitions and bullfighting, as well as the processsions, parades and general vibrant ambiance of a lively city in full celebration. While the festival is based on the Corpus, there are definite pagan elements to the party as well, for example la Tarasca, a giant doll whose extravagent dress varies from year to year.

Contact us for more information or to book a tour in Granada.

A Costa Brava Folk Festival - The Habaneras of Calella 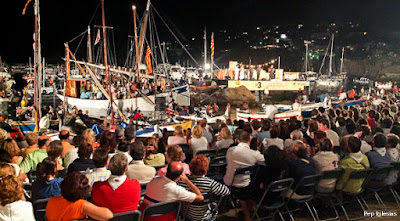 If you are planning on visiting the Costa Brava this summer, try to take in a few of the local traditions. On the first weekend in July, for example, is one of the best opportunities. Folk songs and a seaside celebration par excellence await visitors to the charming fishing village of Calella de Palafrugell as they gather for their annual Cantada de Habaneras.

Habaneras have since their inception been associated with the sea. Originating in Cuba in the early 19th century, they quickly became very popular in all of Spain. In Catalonia in particular, the popularity of the habaneras took a new dimension because of the close trade relationship between Cuba and the coastal towns of the region. Habaneras have become a festival in and of themselves, where people gather along the beach to listen to the classic songs, have bonfires and drink traditional drinks like "rom cremat".

If you´ve never experienced a seaside folk festival in Spain, there is no better way to get initiated in the celebration, which always has a heavy local flavor.

For more information or to book a private tour along the Costa Brava, contact us!

Email ThisBlogThis!Share to TwitterShare to FacebookShare to Pinterest
Etiquetas: Events in Spain, Festivities 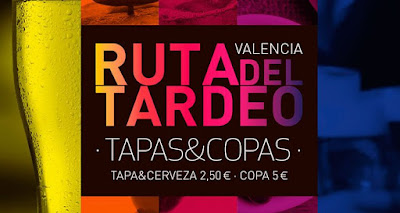 Valencia is celebrating its second annual "Ruta del Tardeo", a combination of the idea of tapas - "tapear" in Spanish is to go out for tapas - and "tarde", the late afternoon which is the traditional time to eat them. The route proposes a number of options for discovering the best tapas in the city at a reduced price. 34 different establishments (tapas bars, restaurants and pubs) are participating this year throughout the city. A tapa and a small glass of beer costs just 2.50€, but you have the option of selecting a cocktail specially made by each bar for 5 euros. The "route" is open every weekend in May and participants will have the chance to vote for their favorite tapas.

For more information or to book a private tour in Valencia, contact us!

Email ThisBlogThis!Share to TwitterShare to FacebookShare to Pinterest
Etiquetas: Events in Spain, Food and Wine 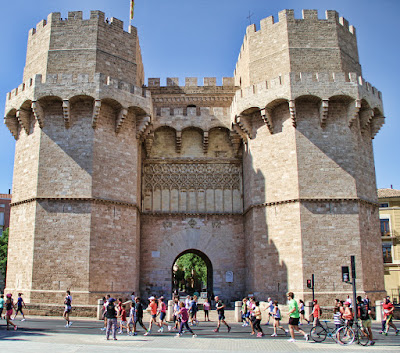 On Sunday May 15 thousands of people will line the streets of Valencia to participate in the 34th edition of the "Volta a Peu" - an 8km (5 mile) course that winds through the streets of the Mediterranean city. It is not a competition, rather designed as a celebration of sport and the city itself. There is a three euro sign up fee that goes to a charity foundation that helps children with difficulties through sports. The main streets of the city will be shut down to traffic for most of day.

Walking or running this route is a great way to see the city as well as help with a great cause, as the route takes you past the fortified towers of the city, down to the main streets like Avinguda del Port and Gran Via, and through the Plaza d'Espanya. The race begins at 10:00 and there are activities and events for spectators and children throughout the morning.


For more information or to book a private tour in Valencia, contact us!

Email ThisBlogThis!Share to TwitterShare to FacebookShare to Pinterest
Etiquetas: Events in Spain 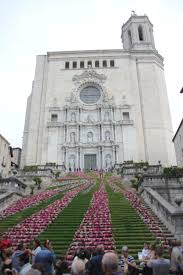 Watching how nature is intricately entwined with the local culture and history is a lesson in decoration. This week the flower show is in full bloom in Girona, about an hour north of Barcelona. And The Girona "Temps de Flors" show is much more than a simple flower show. In fact, it's one of the things that I most love about this country: people go to such lengths to make sure that the flower shows - which will take place in medieval chapels, along the steps of the Cathedral and in other selected places - highlight both the history and culture of the city. This is a unique chance to see one of Catalonia's treasures so colorfully painted by nature.

Contact us for more information or to book a private tour in Girona:

Email ThisBlogThis!Share to TwitterShare to FacebookShare to Pinterest
Etiquetas: About Spain, Events in Spain 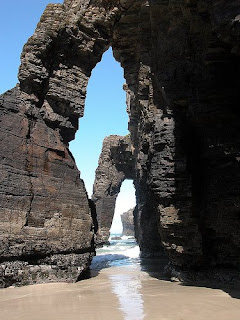 Spain is famous for its grand variety of beaches. Long stretches of golden sand along the Costa Daurada, the white beaches of the Atlantic coast in Cadiz and Huelva, the rocky coast and hidden coves of the Costa Brava, and the paradisical blue waters and beaches of islands like Formentera are by all accounts one of Spain's natural treasures. But perhaps the most spectacular of all of Spain's beaches is in a region more known for its seafood and rivers than its beaches. In Galicia, in the northwest corner of Spain, lies the Playa de Aguas Santas.

100 foot high arches carved by the water and the wind tower over the beach, like the frame of some massive open air church (hence the popular nickname, Playa de las Catedrales, or Beach of the Cathedrals). Walking along this beach along the Cantabrian Sea at low tide you will discover some of the most beautiful works of art nature has carved out for itself. The almost 1 mile long beach offers some majestic panoramic shots from both the top of the cliffs as well as from the beach itself, and is an ideal place for hiking routes as well.

If you are interested in discovering more about Galicia or want join us on one of our Tours in Galicia, please contact us:

Published by Unknown en 10:49 AM No comments: