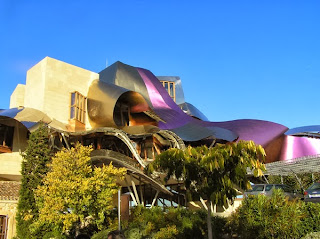 The Spanish Touch has been working on a series of new tour featuring the world-famous Rioja region, as well as a chance to eat at some of Spain's best restaurants! Starting in 2014 we will be offering 7 and 10 day tours from Madrid and Barcelona to Rioja and the Basque Region for those people who are looking for that little something special that separates a good vacation from an unforgettable experience. Watch for the news in this space in the coming weeks!

For more information about private and custom tours throughout Spain, contact The Spanish Touch at 888 480 0013.
Published by Eric Hersey en 1:37 PM No comments:

Email ThisBlogThis!Share to TwitterShare to FacebookShare to Pinterest
Etiquetas: About Spain, Food and Wine, News about The Spanish Touch 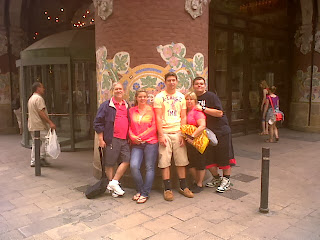 The Rasanky 5 returned from the cruise and we picked them up at the port to take them to their hotel. We took advantage of the day to visit a few key spots in Barcelona we hadn't seen yet. First was the Born district: we wandered the narrow streets of one of Barcelona's most interesting areas, and found several great shops where Deb found a couple of great things to take back to the States. The walk through the streets led us to the Palau de la Musica Catalana. Tucked into the Born District where the Barcelona Choir met, the Palau is a majestic spectacle: a clear Modernista  tribute to both the Catalan culture and the musicians that were held in such high esteem. 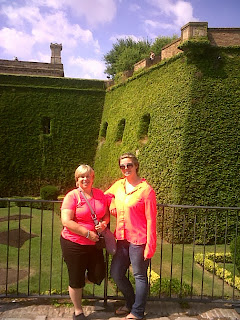 From the Born district we stopped for a quick coffee and a milkshake before heading up to Montjuic. The "Mountain of the Jews" is most famous as the site of the 1992 Olympics, as well as for the castle-fortress which sits perched atop the hill overlooking the entire city. We decided to take advantage of the beautiful day and take the cable car up to the top. The panoramas are beautiful as you float over the myriad gardens which make up the park, and as it was a weekend there was a fair amount of activity as locals and visitors alike use the park as a relaxing day out. We visited the castle where the canons were a highlight, and went up to the observation deck of the castle for a view over the city and the port. Then we headed back to the hotel, this time at the end of the Diagonal in the developing new Diagonal Mar area, where we finished for the day in time to have lunch and take a siesta before one last night in Barcelona.

For more information on private tours in Barcelona, contact The Spanish Touch at 888 480 0013.

Published by Eric Hersey en 7:14 AM No comments: