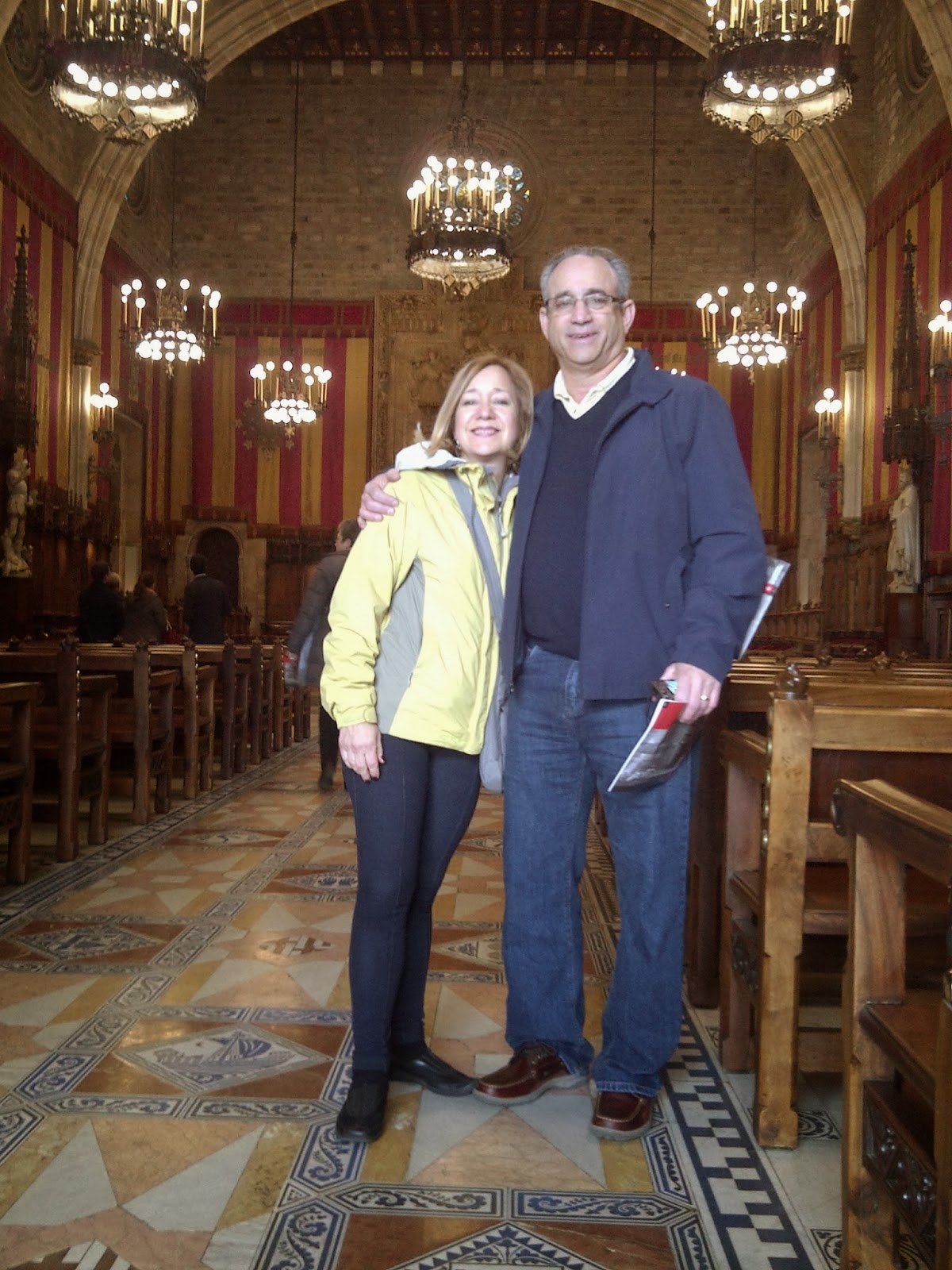 On Sunday morning Mario and Jan arrived in Barcelona ready to spend a couple of weeks in Spain enjoying the culture, the weather, the party and the food. Meeting them at the airport we headed off to their hotel before taking a walk through the city. Given the flight and lack of sleep, we kept to a shorter visit on the first day, but still managed to get in a fair amount. We began the walk in front of the Cathedral, where, as every Sunday, we witnessed the Sardana dance. Then off through the old city, through the maze of streets that make up Europe's most complete Gothic Quarter. Passing through the old Jewish Quarter, we stopped for a visit at the oldest Synagogue in Barcelona (and one of the oldest in Europe), dating back more than 1000 years. From there we headed over to the main square (with a quick stop at the Perfume shop). There was an added bonus in today's visit: Once a month the City Hall opens its doors to visitors, displaying the Gothic interior behind the 19th century Facade. The highlight is the "Salo del Cent", where the original Catalan Feudal courts were held. The craftsmanship of the woodwork, stone cutters, sculptors and artists on display is awe-inspiring, and it's easy to see why Barcelona was such a guild-dominated city. 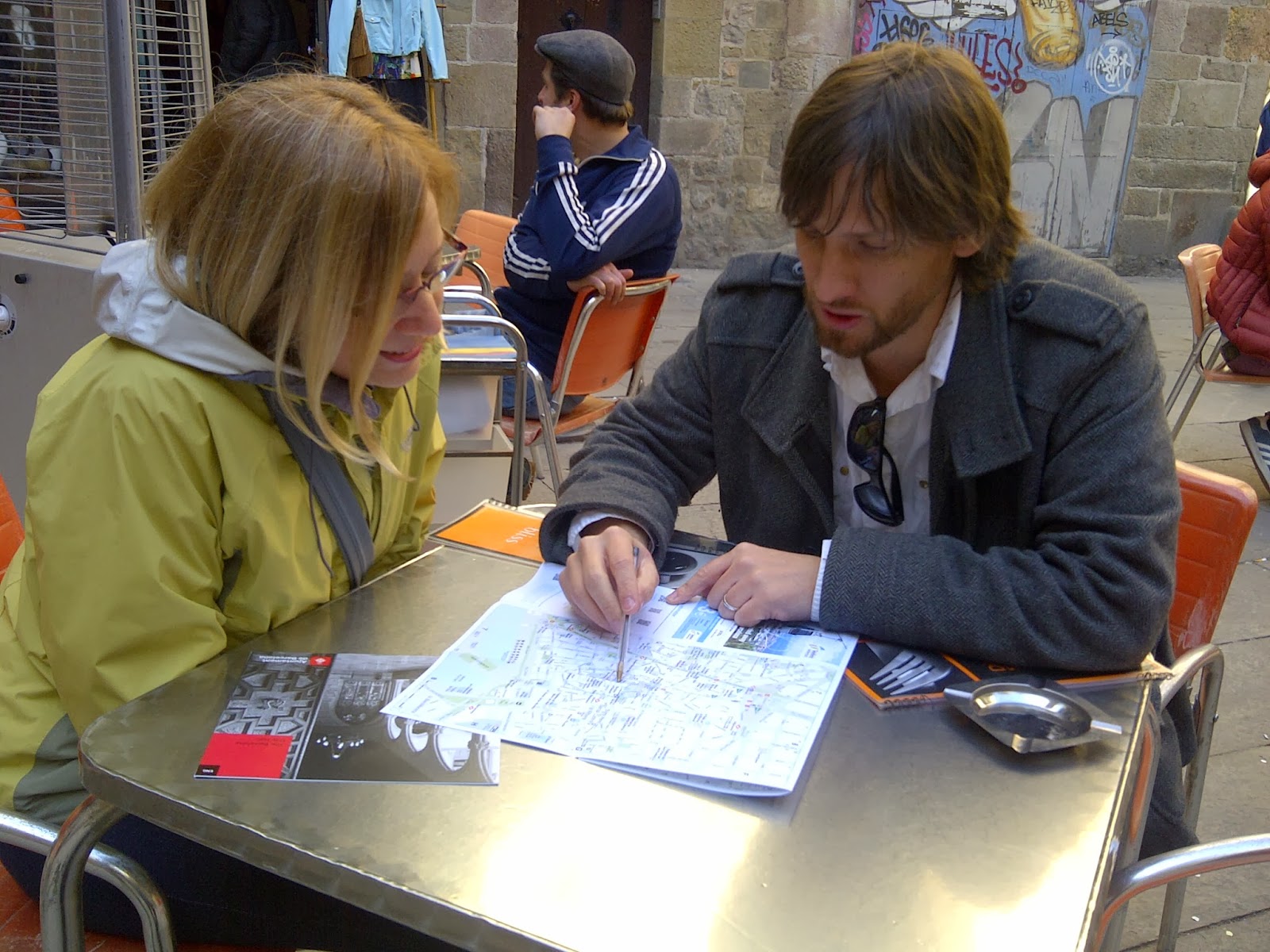 We stopped for a quick bite at an out-of-the-way plaza where we reviewed what we had seen, munched on some delicious "pa amb tomaquet" and olives and recharged for a few minutes. Then we were off again, winding our way through the streets and the people to finish the visit with to Las Ramblas, which even though it was a Sunday, was fairly busy as always. The day ended early with plenty of time to catch up on a siesta before dinner.

Published by Eric Hersey en 5:05 AM

Email ThisBlogThis!Share to TwitterShare to FacebookShare to Pinterest
Etiquetas: News about The Spanish Touch, Our Tours