A 'tamborada' is a large group of dummers all playing together. This is something very typical in Spain, that is done for military or religious motives. during Holy Week in Spain there are a number of places where the "tamborada" is the climax of the local festival.

One such place worth pointing out for its "tamborada" as a part of the local festival is Baena (Córdoba), which is celebrating from March 4 - 6. However, perhaps the most popular of the "tamboradas" takes place in Hellín (Castilla La Mancha). Hellín is famous for its drummers and its "tamborada". In fact, during the local festival it features the greatest concentration of dummers in the world, when approximately 20,0000 drummers meet every year in this small town. Here are some pictures of the festival: 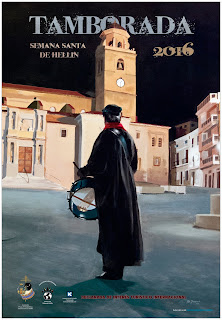 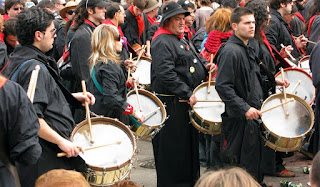 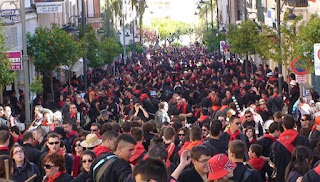 Published by Unknown en 9:00 AM